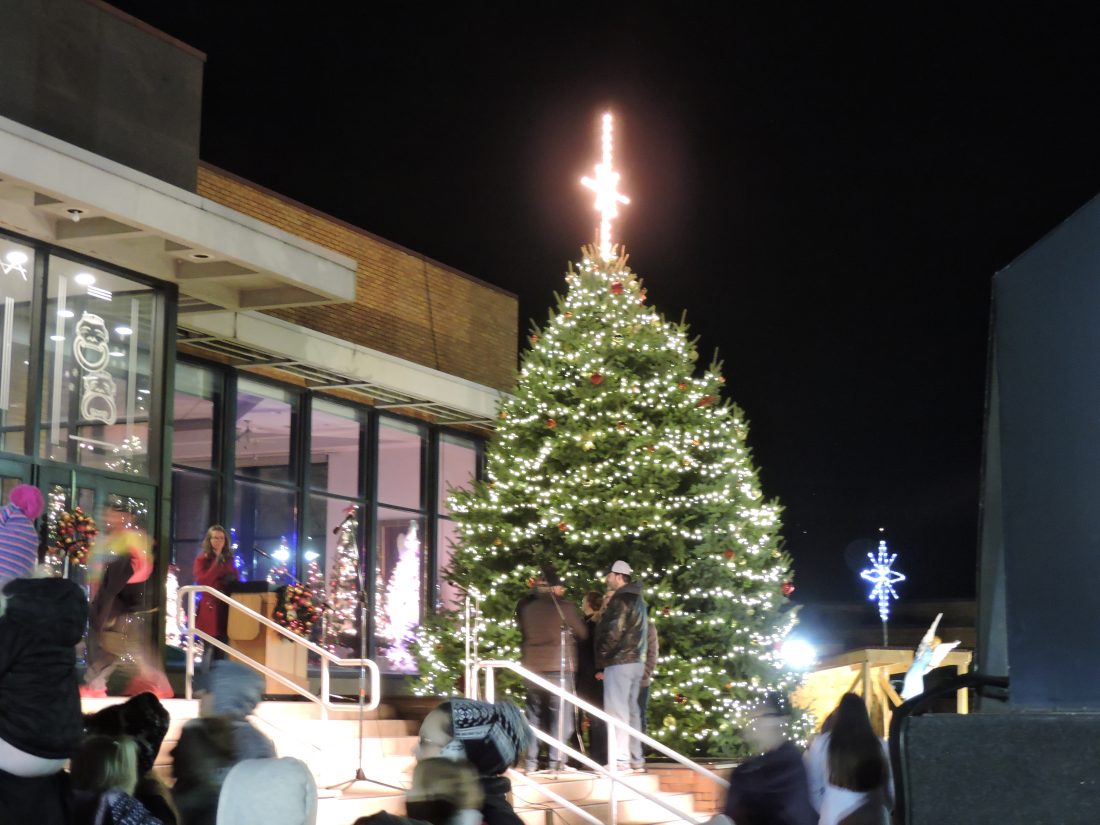 Craig Howell LET IT SHINE — Mayor Harold Miller joined members of the Berdine family in lighting the tree in front of the Millsop Community Center Saturday night, capping off the activities of the Christmas on Main Street event.

WEIRTON — The Christmas holiday was ushered into the community Saturday with an afternoon of activities, live entertainment and more.

Christmas on Main Street, organized by the City of Weirton and Renaissance Weirton Corp., featured more than 40 vendors lined up along the city’s Main Street, along with games, food and festive decorations.

It was capped off by the lighting of the city’s official Christmas tree, located in front of the Millsop Community Center, and a fireworks display.

“It was five years ago we brought the tree back to north Weirton, and now look at this crowd,” Miller said.

The Berdine family donated the tree, with two other trees, located at the north and south ends of the city, contributed by the Kolosky family.

Miller offered thanks to city employees and members of city council for their support in putting the event together. In particular, credit was given to Scott Marshall, the city’s electrician, Brandy Brock and Assistant City Manager DeeAnn Pulliam.

Throughout the afternoon, visitors could take part in LED miniature golf and a mechanical reindeer ride in front of St. Paul Church, train rides for the kids along Main Street and ice skating in front of the Millsop Community Center.

Santa and Mrs. Claus also made an appearance, greeting local youth in attendance.

Several local crafters, civic organizations and restaurants set up shop throughout the afternoon, including Giometti’s Catering, which offered samples of some of its food.