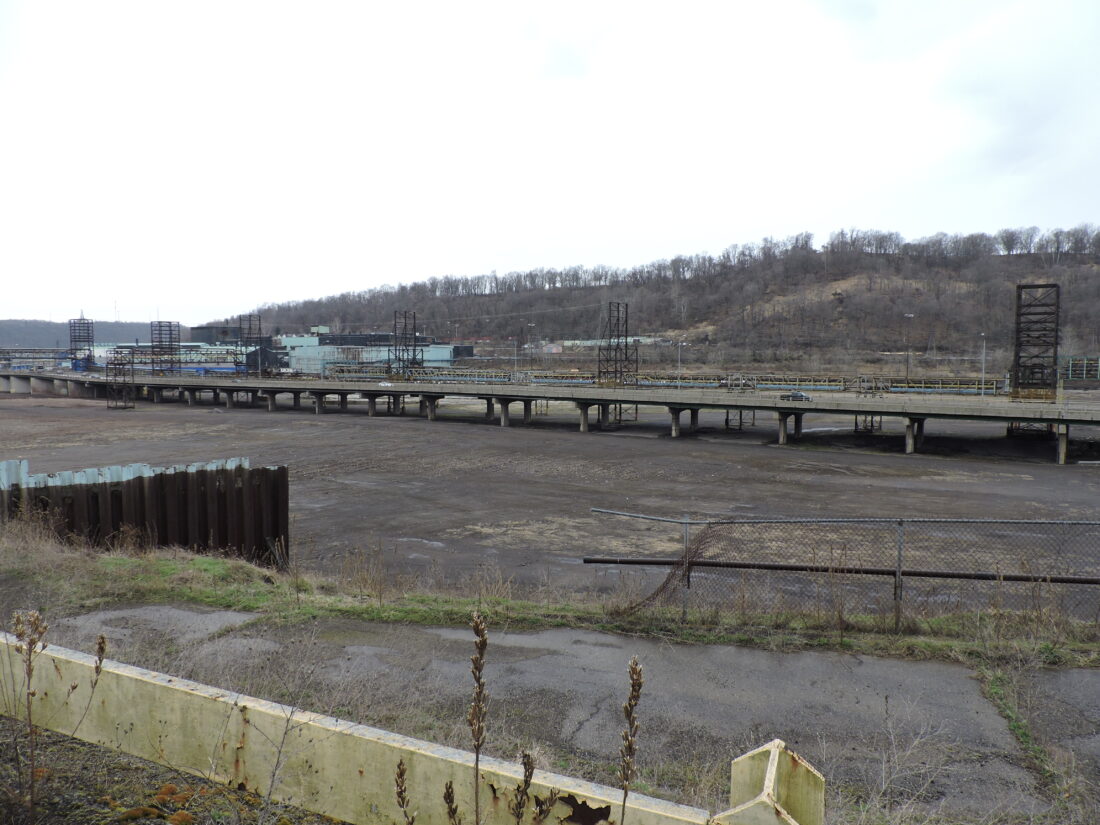 By adminNovember 8, 2022No Comments

NEW CUMBERLAND – The Hancock County Commission is continuing to put its support behind efforts to construct an industrial access road in Weirton.

During Thursday’s commission meeting, unanimous approval was given to a resolution in support of a funding request from Weirton through the Industrial Access Road Funding Program.

“This is an industrial road that will be built through the old mill,” Commissioner Eron Chek explained, noting the project is part of continuing redevelopment efforts by the Frontier Group of Companies.

The road, once completed, will allow for traffic to access the property without having to travel through Weirton’s Main Street, Chek said.

Plans for the road include a corridor beginning in the area of Cove Road and Weir Avenue, entering the Frontier Crossings property on Lee Avenue and traveling north to the area which once housed Weirton Steel’s basic oxygen plant, crossing underneath state Route 2, and then heading west, eventually leading to Brown’s Island.

Earlier this year, a total of $4 million in Congressionally Directed Spending was awarded for the project, with $3 million going through the Brooke-Hancock-Jefferson Metropolitan Planning Commission and $1 million through Weirton.

In other business, Thursday, the commission:

— Approved a Distributors West Virginia Subdivisions Settlement Agreement, which will provide the county with a portion of $400 million secured by the state in an opioid settlement with McKesson Corp., Cardinal Health and AmeriSourceBergen.

— Approved a revision to the county’s coal severance budget

— Approved the resignation of Jace Cunningham as full-time dispatcher, effective Aug. 22, with plans for him to remain part-time, as well as pay Cunningham for any accrued vacation or personal time.

— Approved the special excess levy for Hancock County Schools, to be placed on the Nov. 8 ballot

— Agreed to advertise for a county administrator/IT position

— Approved the report and order of fiduciary in the estate of J. Dean Blackwell

— Agreed to hire Samantha Brewer as a deputy clerk in the County Clerk’s Office, as well as a request to adjust the base salary for the deputy clerk position to $26,000.